We forecast the Alito vote using the Poole and Rosenthal DW-NOMINATE ideological scores (technical details). The result is shown below. The predicted cutting line is based upon announced positions as of 20 January 2006. This cutting line (the best spatial division using the early announcements) predicted a vote of 56 for and 44 against. This forecast produced 4 voting "errors", that is, inconsistencies with their past voting behavior. Aside from Chaffee (R-RI), the cutting line forecasted a week before the vote it remains the best line for forecasting the Democrats based upon the spatial theory of voting, which predicts geometric consistency within the patterns of roll call votes from the same individuals. Note that the line can be moved past Chaffee thereby producing on 3 voting errors [Conrad (D-ND), Byrd (D-WV), and Johnson (D-SD)]. 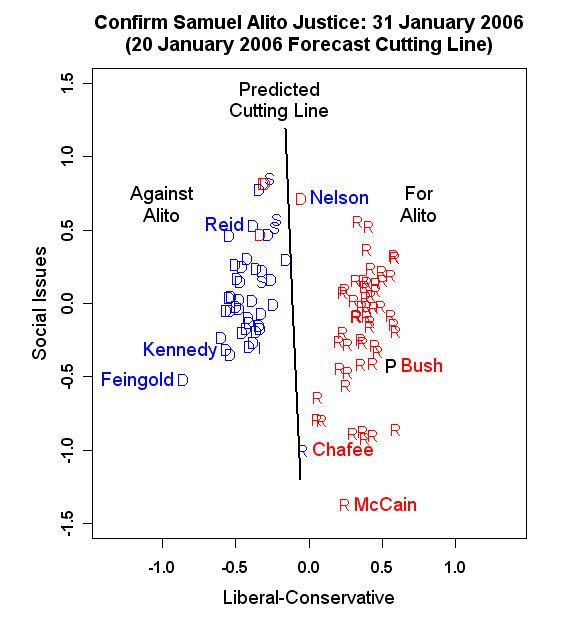